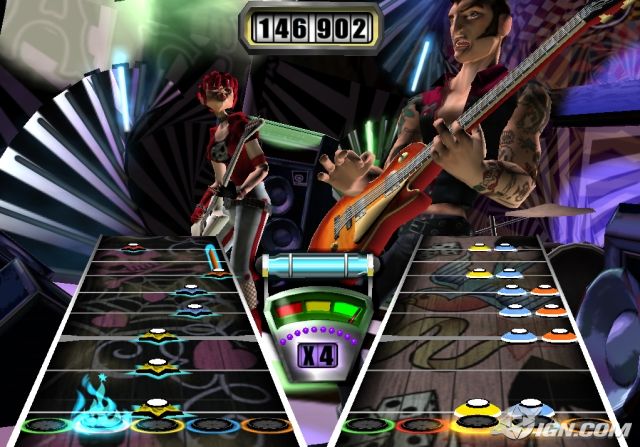 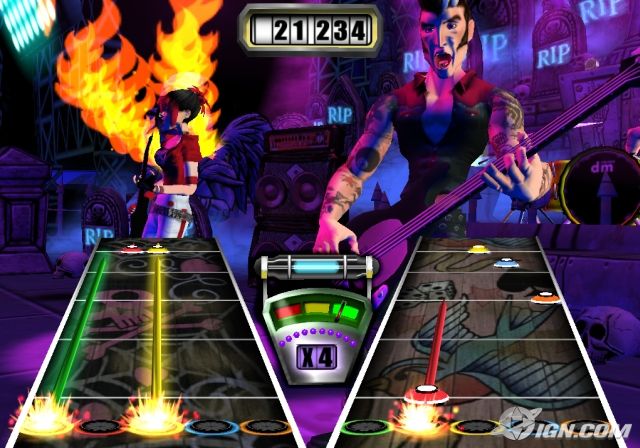 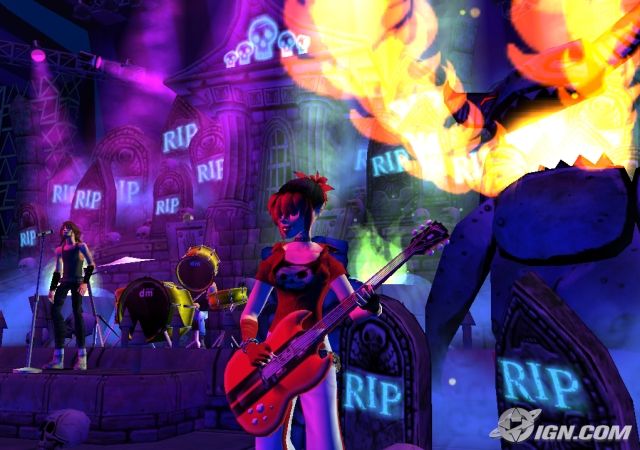 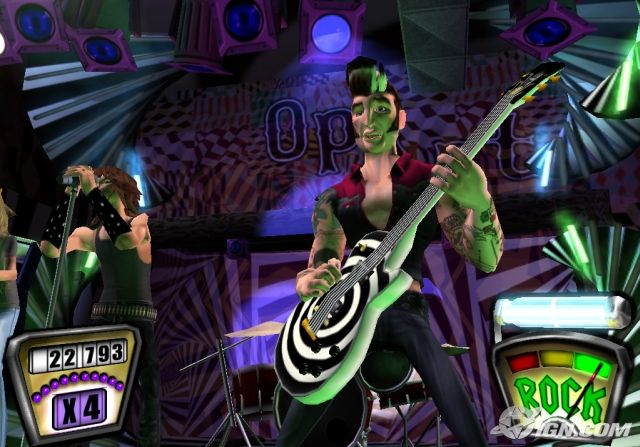 Main Songs:
"John the Fisherman" by Primus (original)
"Psychobilly Freakout" by Reverend Horton Heat (cover)
"Strutter" by KISS (cover)
"War Pigs" by Black Sabbath (cover)
"Who Was in My Room Last Night?" by Butthole Surfers (cover)
"You Really Got Me" by Van Halen (cover)
"YYZ" by Rush (cover)

-A new multiplayer co-op mode allowing players to collaborate in order to beat songs, with each guitarist playing a separate guitar track. Available guitar tracks include lead, rhythm or bass tracks, depending upon the song. Cooperative players will also share star power, both guitars must be raised for it to be activated. Also, both players will share one life bar.

-Co-op is not the only new Multiplayer Mode. Players can now play: Co-op (different instruments for each player), Traditional Versus (both players trading off notes), Full Versus (both players playing all notes), Survival (most likely play as long as you can without missing a single note, or trying to pass as many songs as possible on a single energy meter), and Handicapped Matches (one player has an advantage over the other).

-Career Mode has been changed, to quote an inside press release: "Players can now experience the feeling of going from an unsigned band to Rock-Stardom via artist endorsements."

-The Bass guitar will make deep clink and chunk sounds when you make a mistake, just like the regular guitars.

-At least 3 new characters, a Rockabilly (rock/blues/country fusion) guy, a Heavy Metal character of unknown sex yet, and a "rocker chic".

-Marcus Henderson has stated in an interview that "Heavy metal will get its due in Guitar Hero II".